Faith Bacon, Sally Rand, and the Golden age of the Show Girl.

My new documentary has already been excepted into three film festivals and will have its world premiere at the SBIFF. More to come and will post on social’s if you can attend.

Grandes Horizontales is a documentary about the lives, loves and enduring influence in art, literature and fashion of the Grandes Horizontales – the A-list of courtesans, the pop stars of their day. They were marked by an extravagant lifestyle, often ruinous to their patron or patrons as it took a handful of lovers to pay their expenses. It was said “their ability to wind men around their fingers while picking up a chateau or two on the side was legendary.”

The GH’s where the celebrities of their day, written about in the daily and weekly papers. Society gossiped about them, women imitated their fashions, men went bankrupt trying to support them, artists immortalized them in paintings, sculpture, poetry, plays, songs and books. Judging by the annual number of books that are still being published, these maligned and misunderstood women still fascinate today. These tantalizing tarts amassed fortunes, ruined a few princes along the way and led distinctive, dramatic, decadent lives.

Women and power are the main theme of the documentary. Leslie has made a career of examining and portraying marginalized, misunderstood women in her past documentaries, from former burlesque strippers to Siamese Twin superstars to the world’s first female tiger trainer. This is a project Leslie has been researching for a decade. A never before in-depth look at the culture of the courtesan. It is about a group of women who took their circumstances and molded them to their advantage, to rise to the top of the pile of manure they were given, who turned it into gold.

“We were living only for today. You see tomorrow didn’t matter.” – Quote about the Second Empire

Set during the Second Empire in France, 1852-1870. The Empire is run by Napoleon III. Paris is changing. It is the most decadent period in French history with plenty of sex, vanity and frivolity. It is a specific moment in time when the Grandes Horizontales enjoyed immense power and influence. With the economy stable, after 50 years of turbulence and revolution gold was pouring into Paris and through the tapered fingers of our ladies for sale. The GH were building huge mansions, employing dozens of servants, riding horse drawn carriages through the parks. They attended the opera, cafes and concerts and balls. At a time when women were not in charge of their own money, nor were they allowed to own property, nor could they divorce, and had very little say in who they married, the GH had a freedom that was unparalleled.

It was the GH who chose the man, not the other way around. She could, and did say “no.” This at a time when a woman could not marry nor work above her station and class. The GH was the only one able to cross those boundaries and rub shoulders – and so much more – with royalty and the haute monde.

It isn’t for us to judge their choices but to reveal the answers behind the why and the what about these free-spirited, determined women that inspired decades of artists who tried to capture their likeness, their essence, their appeal.

“Never have I seen beauty to rival hers, nor shall I see her like again.” 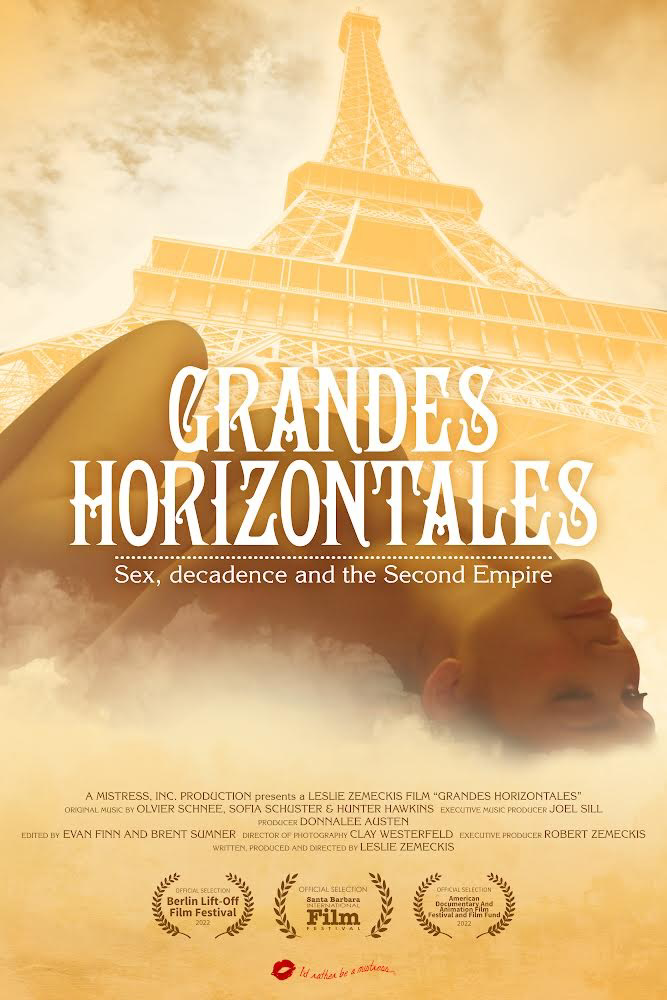 BurlyQji – Exclusive emojis made for lovers of burlesque,pinup and old Hollywood.

Behind the Burly Q: The Book

Burlesque was one of America’s most popular forms of live entertainment in the first half of the 20th century. Gaudy, bawdy, and spectacular, the shows entertained thousands of paying customers every night of the week.

Behind the Burly Q: Film

Behind the Burly Q is a 2010 film documentary examing at the golden age of American burlesque in the first half of the 20th century.

A biography of Daisy and Violet Hilton, conjoined twins who started as “freaks” in side shows, then went on to be stars of Vaudeville and films.

Robert Zemeckis is the type of filmmaker known for grafting fantastical scenarios with utterly relatable characters. Just think about “Back to the Future,” “Forrest Gump,” “Contact” or “Cast Away” — these are movies in which the high concept doesn’t dilute the emotionality of the pieces, it amplifies them.

Zemeckis’ latest combination of the down-to-earth and the otherworldly is “Melcome to Marwen,” the true-life story of a man (Steve Carell) who, following a violent attack, recreates a World War II village in his backyard, populating it with dolls that look like the people in his town (Leslie Mann, Diane Kruger, Janelle Monae, and Eiza Gonzalez). It looks totally enchanting and very, very Zemeckis-y. And we are so thrilled to debut the brand new character posters, ahead of tomorrow’s brand new trailer.

The posters feature the doll versions of the aforementioned actresses (along with characters played by Gwendoline Christie, Merritt Wever and Zemeckis’ wife, Leslie Zemeckis), along with Carrell’s . 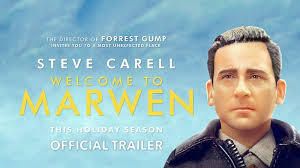