In the 1920s and ’30s, showgirls worked hard, hustled, and competed in a brutal entertainment business.

Actress, filmmaker, and historian of burlesque Zemeckis (Goddess of Love Incarnate: The Life of Striptease Artist Lili St. Cyr, 2015, etc.) focuses on fan dancers Faith Bacon (1910-1956) and Sally Rand (1904-1979) and reveals their struggles, dreams, and glittery triumphs. Frances Yvonne Bacon was groomed and manipulated by an ambitious stage mother who pretended to be her sister and sometimes performed in the same shows. In her teens, Yvonne, who later changed her name to Faith, was one among many other young women “sought, hired, prized, and praised for the perfection of their figures.” Scantily clothed, resplendent in jewels and feathers, they paraded in “respectable, naughty” extravaganzas mounted by impresarios such as Florenz Ziegfeld or his competitor Earl Carroll, an egotistical “Hugh Hefneresque” figure. Broadway, the author writes, “was assaulted with ruthless promoters of beauty and flesh trying to one up the other.” The women they hired, though, were proud of their bodies and eager for admiration. At the age of 19, working for Carroll, Faith was “at her most luminous,” with “blue-grey eyes, winsome and doe-eyed with a slim alabaster figure.” In one of Carroll’s productions, she had an idea: to get around the law, which forbade a nude performer from moving on stage, she would dance covered with fans, then stop, raise them above her head, and reveal herself naked. The fan dance became her signature—until Hattie Helen Beck, aka Billie Beck, aka Sally Rand, performed it “to thunderous applause” at the 1933 Chicago World’s Fair. Unlike Faith, who was emotionally fragile, Sally was resilient, enterprising, and unsinkable. Still performing at the age of 60, she remarked proudly, “what in heaven’s name is strange about a grandmother dancing nude?” Faith sued Sally, claiming ownership of the fan dance, but Sally prevailed. Widely acclaimed, she performed for some 7 million people throughout the world. Faith, addicted to barbiturates and destitute, killed herself.

A briskly told story of two women questing for fame. 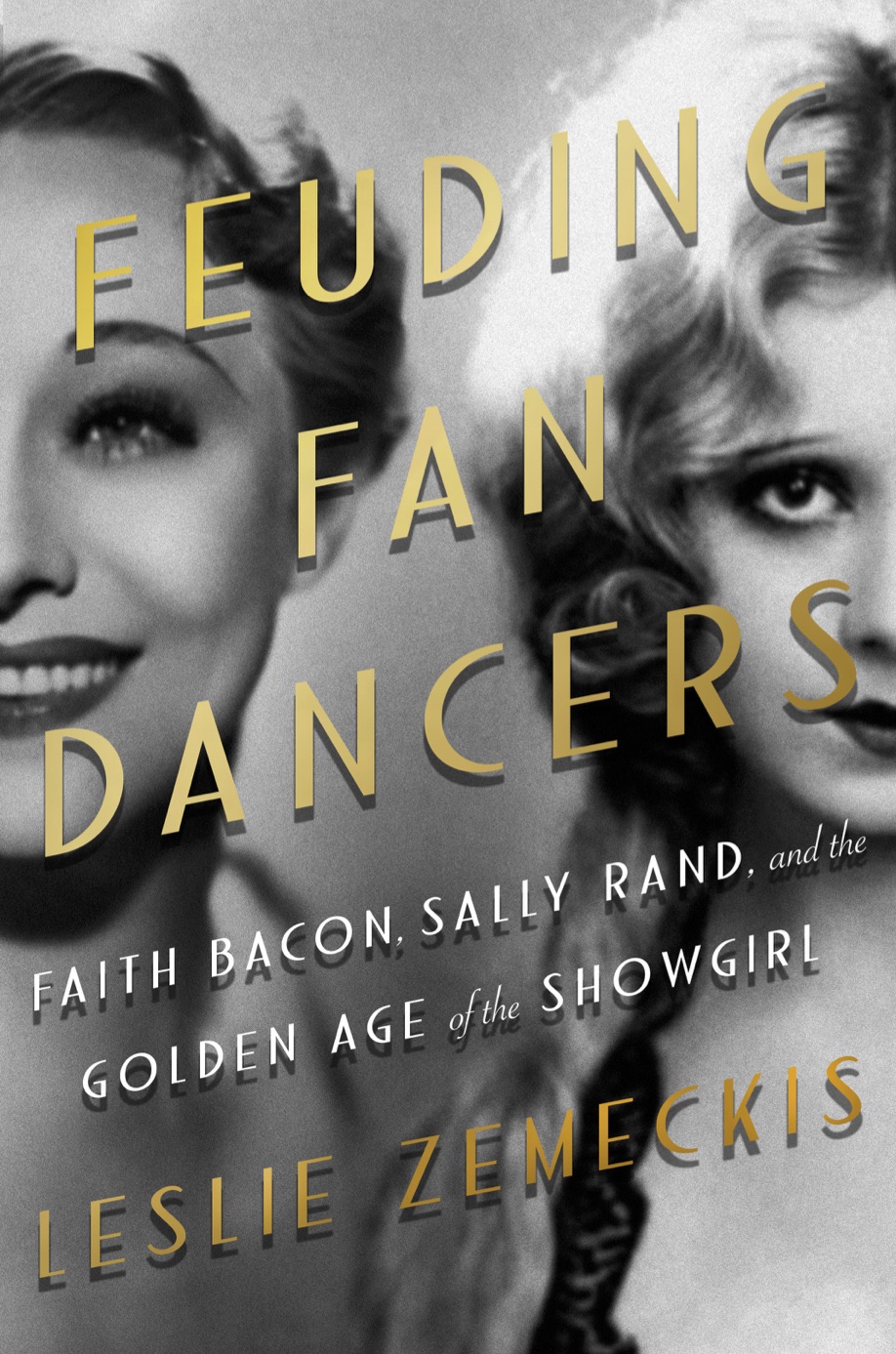 “Zemeckis has once again given us a fascinating history
of entertainment, a bold story of two brave women and the origins of the
fan dance. A page-turning time machine to another era. Don’t miss it.”
SARA GRUEN, NEW YORK TIMES BESTSELLING AUTHOR OF
WATER FOR ELEPHANTS AND AT THE WATER’S EDGE
“In Feuding Fan Dancers, Leslie Zemeckis artfully brings to
life the rivalry between two of the best-known showgirls of the early
twentieth century, Faith Bacon and Sally Rand. With her trademark skill, wit,
meticulous research, and eye for detail, Zemeckis opens the door to a
world that is fun, fierce, and unforgettable.”
PAM JENOFF. NEW YORK TIMES BESTSELLING
AUTHOR OF THE ORPHAN’S TALE
“Feuding Fan Dancers is a vivid account of the highs and
lows of two of America’s greatest performers. Leslie Zemeckis repositions
the often misunderstood and overlooked lives of female pioneers in the
entertainment industry to the iconic status they have always deserved.
You will have a hard time putting this book down.”
ARI SETH COHEN, CREATOR OF ADVANCED STYLE
“A briskly told story of two women questing for fame.”
KIRKUS REVIEWS
Share this page
FacebookTwitterLinkedInGoogle+