Goddess of Love Incarnate will be the definitive biography of this legendary figure, done with the cooperation of Lili’s only surviving relative. But the book does more than fascinate readers with stories of a byone era.

Lili St. Cyr was, in the words of legendary reporter Mike Wallace, the “highest paid stripteaser in America.” Wallace was so fascinated by Lili that out of all the presidents and celebrities he interviewed over a long career, towards the end of his life, she was the one he remained fixated on. Her beauty had that kind of effect.

Lili St. Cyr, the one time queen of burlesque, led an incredible life –six marriages, romances with Orson Wells, Yul Brenner, Vic Damone, a number of suicide attempts, all alongside great fame and money. Yet despite her fierce will she lost it all; becoming a recluse in her final decades, she eked out a living selling old photos of herself living with magazines taped over her windows.

Goddess of Love Incarnate will be the definitive biography of this legendary figure, done with the cooperation of Lili’s only surviving relative. But the book does more than fascinate readers with stories of a byone era. St. Cyr was ahead of her time in facing the perils and prejudices of working women, and the book offers a portrait of a strong artistic figure who went against the traditional roles and mores expected of women at that time St. Cyr was the first stripper to work in the swanky nightclubs on Sunset Boulevard. She was the first stripper to work Las Vegas. She was at the top of her game for over thirty years. And though she would feel conflicted by it, as do many women who feel the push/pull of careers – especially controversial, button-pushing careers – Lili would dismiss what she did as having no importance. But she wouldn’t give it up – not for millionaires and most certainly not for love.

Based on years of research, Goddess of Love Incarnate contains information and memorabilia that was almost lost forever. As an award winning documentary filmmaker and expert writer, Zemeckis brings St. Cyr back to life the way no other writer can, restoring Lili to her rightful place in American history. 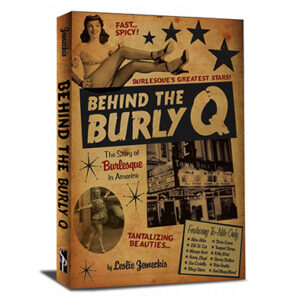 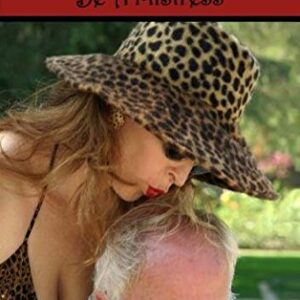 STAAR: She’d Rather Be a Mistress Limited time only!!!

Behind the Burly Q – The Book Paperback

I’d Rather Be A Mistress Shirt